Ever since the Viking Age, boat builders in the Nordic region have been using the clinker technique when constructing boats. On December 14th the tradition was inscribed on UNESCO’s Representative List of the Intangible Cultural Heritage of Humanity. 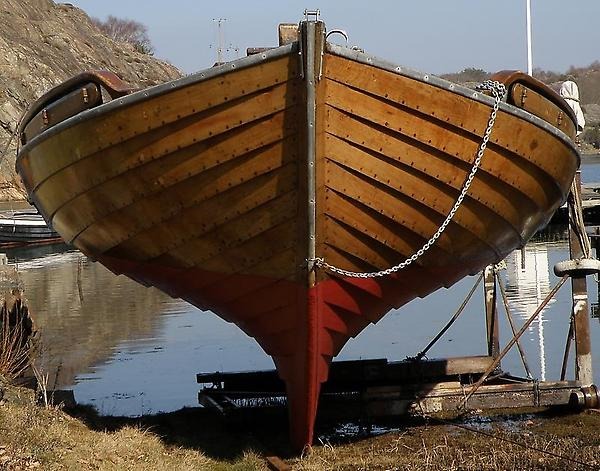 The inscription of the clinker-built boat tradition on UNESCO’s Cultural Heritage list is the result of a successful Nordic collaboration. Furthermore, it has given us the opportunity to pay attention to a living tradition which is and has been fundamental to life along our coastlines, says Martin Sundin, the Director General at The Institute of Language and Folklore in Sweden.

The Institute for Language and Folklore has the overall responsibility for the work with UNESCO's Convention for the Safeguarding of the Intangible Cultural Heritage in Sweden, and it is carried out together with a range of stakeholders.

This is the first time UNESCO has received a joint nomination to the Cultural Heritage list from the whole Nordic region. All the Nordic countries have joined forces to prepare for the nomination, which was signed by communities and cultural bearers, as well as all the Nordic ministries of culture. The decision of inscribing the boat tradition was made on December 14th 2021 during the Sixteenth session of the Intergovernmental Committee for the Safeguarding of the Intangible Cultural Heritage.

The clinker-built wooden boats have a history stretching back at least 2000 years. The technique involves fixing the overlapping strakes or planks of wood in a special way, using iron or copper nails. The tradition is about more than building and maintaining the boats. It covers everything from the knowledge and skills needed to build a boat and the communities that keep them alive, to knowing how the clinker boat is used by different communities across the Nordic region.

Föreningen Allmogebåtar is the name of one the many Swedish associations and cultural bearers of the tradition that have contributed in preparing the nomination.

Looking at clinker-built boats from different places in Sweden and the Nordic countries, you can see that they differ from each other depending on their origin. This is mainly based on local traditions, prerequisites and needs. Different experiences and knowledges have led to a variety of boat types and boat traditions, but they all have the same basic principle of a clinker-built hull, says Anders Bolmstedt who is a board member at the association.

Inscription on UNESCO's list requires a commitment on the part of the States Parties and the communities that are endeavouring to preserve and pass on the tradition to continue working together going forward. In other words, intangible cultural heritage is about cultural encounters between people all over the world.

The inscription means that we in the Nordic region have a shared responsibility to continue the work of securing and developing the boat tradition, presently as well as in the future, says Martin Sundin.

About the clinker-built boat tradition: isof.se/clinkerboat

About living traditions in Sweden: isof.se/livingtraditions

About the inventory of intangible cultural heritage in Sweden: isof.se/inventory

Martin Sundin
General Director of The Institute for Language and Folklore

Annika Sjöberg
Coordinator of the Convention for the Intangible Cultural Heritage

The Institute for Language and Folklore (Isof) is a Swedish government authority that builds, collects and disseminates knowledge about Sweden’s language and culture. Read more about us!