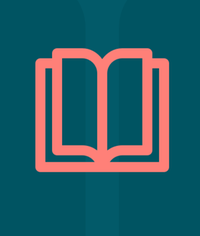 These nicknames have been used collectively about the inhabitants of a certain place in a jocular or derogatory sense. They have been used above all in male-dominated contexts, e.g. in military camps. The nicknames are ethnocentric: they denote individuals in their capacity as members of a group. They are often related to other, similar names, so that they form series which are connected phonetically, semantically or from the point of view of word formation. The discussion of these aspects is based on Hugo Moser's research on "Namenfelder".

The nicknames often reflect various aspects of the society of the individuals, but today the explanation for names is quite often secondary and a result of folk-etymology. Some nicknames reflect the trades of the inhabitants, others social conditions, diet or dress, others ethnic conditions. The nickname strömmingar was often given to people living on the coast where fishing was an important source of income. The nickname element finnar reflects local settlement by Finns. Some nicknames probably reflect various linguistic conditions (dialectal pronunciation, characteristic place-names or personal names), pictures in local seals or historical events.

A close analysis of nicknames denoting parish inhabitants in northern Sweden shows that there are often pairs (or series) of nicknames which are related phonetically (through alliteration, assonance or rhyme), semantically or morphologically, just as nicknames denoting neighbours may be connected in a similar way.